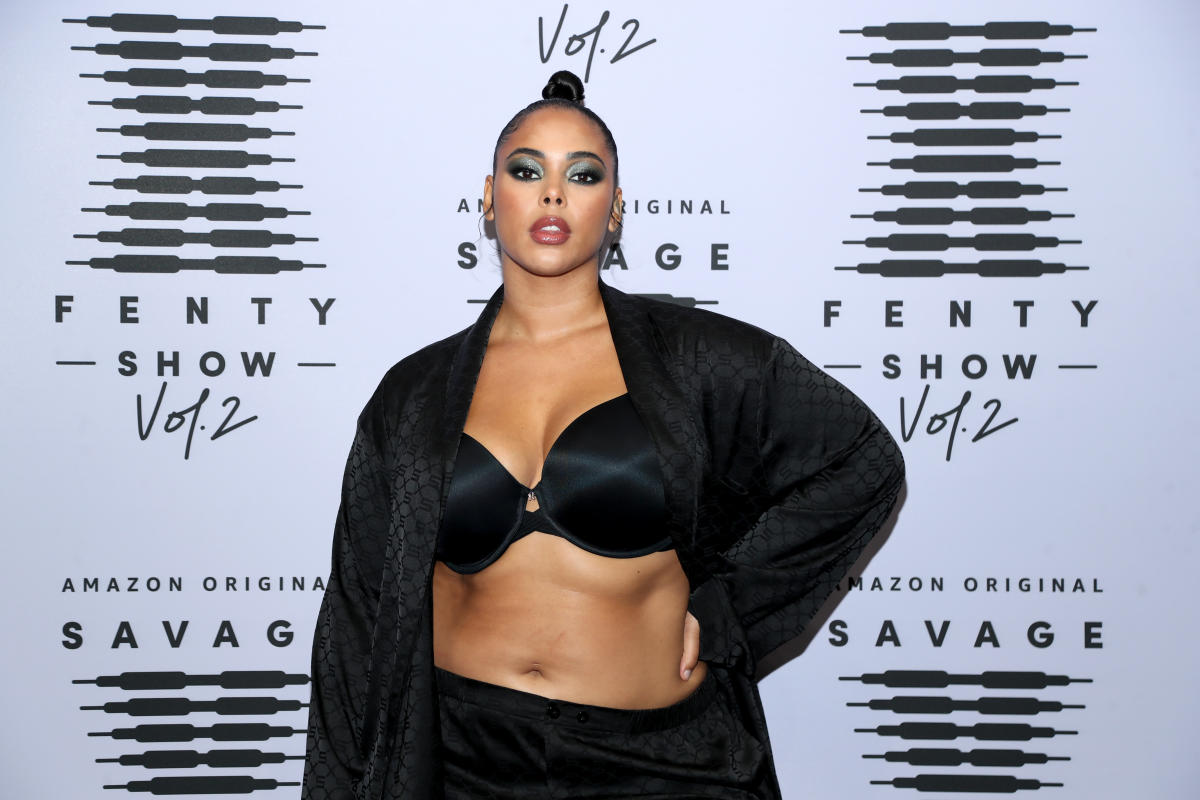 Tabria Majors is making a statement about accessibility in fashion after designers showcase limited size inclusivity on the New York Fashion Week runways.

The plus-size model and designer took to her Instagram on Wednesday to share a video she made in response to the lack of representation seen through brands showcased in New York City. In it, she acknowledged that “we don’t see just one type of body represented on the runway anymore” and that “the fashion industry has made strides when it comes to inclusivity” in the six years she’s worked within it. However, she said, “It’s not enough,” as the clothing offered to plus-size consumers continues to be restrictive in style and unavailable in stores.

Majors first appeared on camera in her underwear as they shared her thoughts on the progress — or lack thereof — in the fashion industry. As the video continued, apparitions appeared over the top of her body, as if being carried, through graphic effects.

“I’m a size 16 and I would never be able to find something like this off the rack,” said Majors, a tweed suit covering her figure. “The average size of the woman in the US is between 16 and 18. But her shopping experience is very different from a woman who is, say, a size 4. Plus-size people are often an afterthought when it comes to fashion, and it’s unfortunate that we don’t have access to beautiful garments like this. I often wonder why larger bodies have limited access to high quality fashion.”

It’s an argument that has been made countless times before, as body inclusivity advocates have highlighted the limited options plus-size customers have amid conversations praising the industry’s evolution. Even the latest trends, like the micro-mini skirt, are “created with this very thin body in mind,” according to Power of Plus author Gianluca Russo.

In the video, Majors pointed out that it’s always frustrating to find basic clothing “like good denim, a nice coat, or a well-made suit.” She added: “Even getting bespoke pieces is challenging because it’s often impossible to find a designer who can and is willing to make for the plus size shape. If we do find something comparable, it’s usually a poor finish. At the end of the day, we just want the same luxury as everyone else. Whether someone is a size 16 or a 26, they should be able to wear whatever they want and have access to it.”

To prove her point, Majors looked to NYFW and said she’s been counting the pieces presented to see how many were shown on larger bodies. “I’ve covered at least 75% so far and the results are: over 3,000 pieces have been featured. Less than 100 of those were worn by curvy/plus size models,” she wrote in the post’s caption. “I was very generous in what I considered to be curve/plus, so the number is really less than that.”

She continued: “Brands are constantly trying to jump on the inclusion bandwagon, but body inclusion seems to be left out of the conversation, even though it’s what started this whole movement of inclusion. I can only hope brands listen to us for once . . .

Major’s comments section has been flooded with support from fans, followers and fellow models.

Wellbeing, parenting, body image and more: Get to know WHO behind hoo with Yahoo Life’s newsletter. sign up here.

For Flo Milli, music might as well be magical