In June, the world-renowned art academy in Antwerp said goodbye to its legendary head of fashion, Walter Van Beirendonck. After much speculation, Brandon Wen was appointed as the new creative director, a clear choice by the academy towards fresh ideas and new paths for the department. We caught up with Brandon Wen just two weeks after the news was announced, curious to get to know this creative free spirit and hear about his ambitions.

Flanders DC supports, promotes and connects Flemish entrepreneurs, both during the start-up, growth and professional expansion of their business. www.flandersdc.be

Who is Brandon Wen?

Can you tell us a bit about your background?

Well, before I came to Antwerp, I grew up in Los Angeles, in a very academic environment. My education, my upbringing, high school and then college: it was all very simple. But at the same time, my family was super open and supportive. There was always some artistic stuff going on, but not in the hippie sense. For example, my father is an architect, but he runs several hospitals. So since high school, I had always been a little alone, always researching things. But when I came to Antwerp, it was as if the world opened up to me in terms of art and design.

Yeah, it was very suburban gay, I liked Project Runway and Lady Gaga when I was in high school. It was nice because these things already opened it up for me. I became very interested in fashion and doing things that were a little more, I guess, weird or new to me. I took a high school fashion class on the weekend, which was quite helpful because I also met different people. And the teacher was more of an illustrator, so he also had this broader concept of art.

Then, the summer before my senior year in high school, I took a little summer class with Arts of Fashion in Paris. We came to Antwerp for a day, and there was this exhibition in the MoMu on the first floor of one of the master’s students, Mariel Manuel. I remember thinking, what am I looking at? It was so beyond anything I had perceived in high school, even in LA That’s when the obsession began.

There was no Instagram, just Facebook. There were only a few things on the internet about it. I remember looking things up all the time trying to find more information and then realizing that it was fashion that I wanted to do.

So you moved to New York to study fashion?

Yes, I studied at Cornell University, so it wasn’t New York City, it was upstate New York. Super academic, they are known for engineering, architecture, veterinary school and hospitality. The program I was in was more fiber science and clothing design. So the program had this fiber science component, a management component and a design component. It was great because it was quite open and you could do whatever you wanted. There was a lot of research, much like chemistry like looking through microscopes and weighing and burning things. But the design classes had my focus. There weren’t many of us, but we were all interested in fashion design and didn’t want to do all science and management. Although it was interesting and of course it would help. The beautiful thing about Cornell was that it was this huge campus of students in the middle of nowhere in New York, next to a town called Ithaca, a town smaller than the college. You were very free to do what you wanted and to be who you wanted to be. It was very formative.

And afterwards you entered the Antwerp Fashion Academy?

Yeah, I kind of followed it the whole time. When I was at Cornell, I came here to Antwerp for a summer to study with Romain Brau who had this shop Ra in the Kloosterstraat. It was great fun, great fun. I thought this is something I need to keep an eye on. So when I finished Cornell, I thought, now I’m going to start working and I came to Paris for a month. I had a friend that I was staying with and I was applying for jobs, but people weren’t really responding. Then a friend of mine said that maybe I should think about applying to schools, and she had a contact from someone in Paris. It was the end of June so the entrance exam was in a week. But I had everything ready, I had my portfolio and possibly even my interview questions. And so I tried…

At first I wasn’t sure if I really wanted to go back to study, but when I was accepted into the academy, I was blown away. My friends said: if you came in you have to leave, you can’t refuse it. And my parents, again, were so supportive. It’s clearly the best decision I’ve ever made.

What do you value most about this fashion school?

What I value about this school, and always have, is the focus on creativity. I think that other schools always look for creativity, but also always underestimate it. So the fact that this is a place where the focus is on forward thinking and innovative design is so valuable. It’s something I really appreciated and benefited from. I am so happy to be able to guide it now, to be a part of how it manifests in the future for a designer and young people. 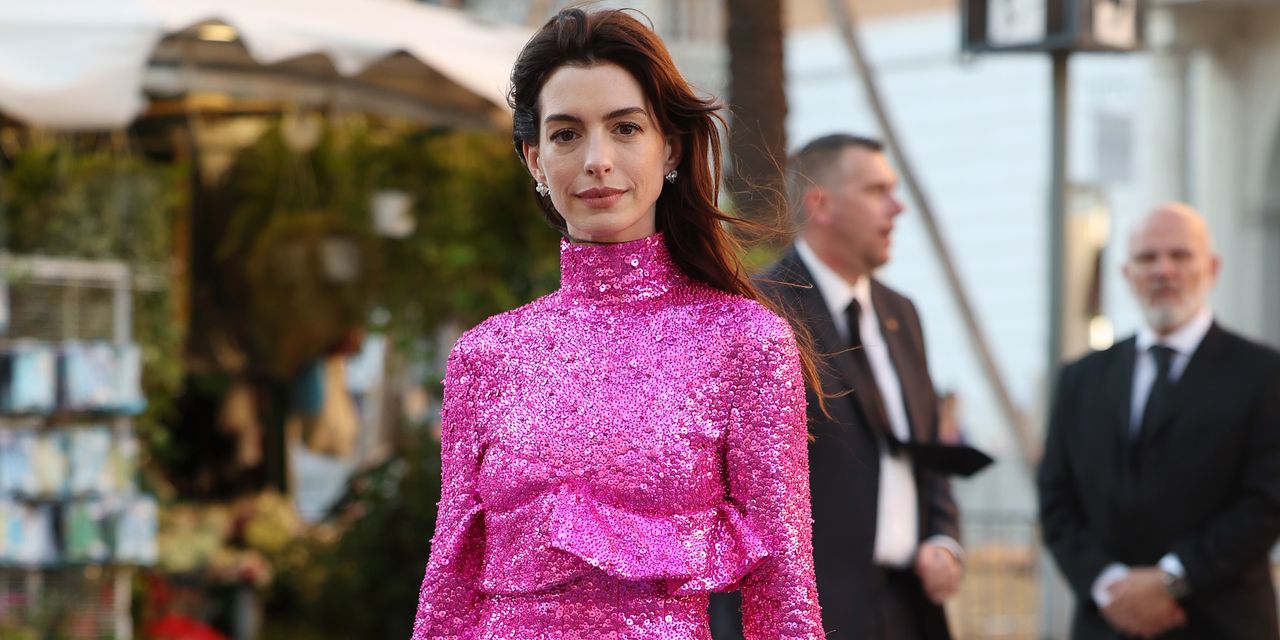 Why Barbie fashion is the exciting trend we need right now

The fashion guru took a unique route to the classroom